If you would prefer to read a PDF copy of this newsletter please click here. Stoke d’Abernon News is edited and produced by John Dare.

As a result of a successful application for Community Infrastructure Levy (CIL) funding by the Residents’ Association, overgrowing vegetation has been cleared and a new ‘cinder’ footpath has been created going around the southern corner from Bray Road, into Tilt Road. The new path is not tarmacked nor paved to keep things in keeping with the ‘country’ nature of the Tilt.

Local resident, Michael Stephens but always better known as Mike, died in late March following a battle with illness. He was a long standing and popular Vincent Road resident and active within your local community. He was the administrator for the village hall and managed all the bookings. Mike was a regular at the Old Plough, often to be seen catching up with the news reading the pub’s Daily Mail over his pint. Some years ago he survived a serious motorcycle accident whilst in Sussex and more recently, in an unrelated illness, knowing that his time was limited, he treated himself to a new car! Always friendly and ready for a chat whether in the road or shopping in
Sainsbury’s. He will be missed.

A strongly worded letter was sent earlier in the year by the Alliance of Elmbridge Residents and Civic Groups (AERC) — of which your residents’ association is a part — to all the councillors of Elmbridge Borough Council (EBC).

Otherwise there is not much to report as the revised local plan has once again been delayed by consultant companies with furloughed staff and more information needed. After it is eventually produced there will be a 7 week public consultation. Michael Gove has recently been appointed Secretary of State for Levelling Up, Housing and Communities.

Smartening and brightening up

Local resident Ron West has painted the railings near the village sign and generally tidied up – all a big improvement.

He has also painted the railings on the bends near the cemetery on the Tilt. Thanks to a generous resident the weeds growing out of the top of the Vincent Road arches have been removed in order to slow premature spalling of the brickwork.

Warwick Hutchinson, Nick Price and Ian Nelson have been planting trees over the last 10 years or so in our area but now Surrey County Council (SCC) are proposing regulations for planting trees on highways, grass verges etc. At the moment Stoke D’Abernon Residents’ Association is not allowed to plant trees and so has called a halt to the planting plan. Surrey say that their safety requirements mean that trees must not be within 1.6 metres of the road, nor must they impinge on pavements which just about precludes most places. Perhaps SCC should take a look at their own trees and those in numerous other council areas especially in London and suburbs? The RA has expressed its views to SCC and an amicable and sensible solution is sought. Verges are under SCC jurisdiction except The Tilt.

The planning and planting of daffodils will still go ahead in the autumn.

Proposed negotiations with SCC regarding flooding in Blundel Lane North have not come to anything and SCC have sent letters to the homeowners concerned. This is not what the Residents’ Association was hoping for, nor indeed expected, from our county council.

Thursday 28th October 2021 in the Village Hall, Station Road. 8pm Guest speaker – to be confirmed. The AGM is always a popular and enjoyable occasion.

Just a reminder that all being well we anticipate holding the Residents’ Association usual Christmas event on Saturday 4th December from 5:30pm outside in the garden of the Old Plough. Make a note of the date now! A flyer will be issued nearer the time.

After a year’s absence the popular Bray Road summer street party took place on 12th September organised by Deena Dawes and Elaine Boles. Fortunately the weather was dry if not blazing sunshine. Music, fun and games were enjoyed by all.

We have been advised that our application for a ‘Your Fund Surrey’ grant for the provision of a footbridge alongside the dangerous road bridge over the railway at Blundel Lane has collapsed for now. This is on account of the high number of applications received for projects and the anticipated cost of our scheme and some other factors.

A possible significant reduction in cost has been identified in that Network Rail recently unveiled an innovative new design for their footbridges. Made of fibre-reinforced polymer it is lightweight, rot-proof and being of modular shapes and sections can easily be adapted to different locations, the slight downside is that is that it is somewhat ‘industrial’ in looks.

However, it is much cheaper than Network Rail’s current design of footbridge and can be installed in days rather than weeks. A more pleasing to the eye footbridge is being installed by Network Rail in Scotland (see picture). The landowner on the far (east) side of the bridge has been approached and the Residents’ Association is taking active steps to progress this project. However, with funding to be obtained, along with the necessary permissions plus construction, the project is likely to be measured in years. We will keep you posted.

In times past platform tickets costing 1d (old money) were necessary just to enter onto railway platforms without making any journey, your editor is sufficiently aged to recall such things. I am half tempted to ask our Steve Jeffs for one when next at the station — but on second thoughts perhaps not!

More success for the residents’ association

Following an application for Elmbridge Council CIL funding, the Residents’ Association was successful in that we were awarded £24,813 for improvements to the Station Road Playground/war memorial. The money will be spent on some new trees, landscaping the ‘wild’ area, 2-3 new benches and an information board. Work will start this autumn and the site will be renamed Stoke d’Abernon Memorial Park.

Verging on the ridiculous

The cutting of grass verges has slipped this year. Until now Elmbridge Borough Council (EBC) maintained the verges for Surrey County Council (SCC) as part of an agency agreement. Funding came from both SCC and EBC who in turn sub-contracted to Idverde. EBC stated that they were committed to delivering 10 cuts each year to urban grass verges in the borough on a 3-4 week cycle depending on weather conditions. In a recent change cutting is still being done by Idverde although the control of the contract has been returned to SCC.

During the best of times, the perception of many people in our area is that the cutting of our verges 10 times a year is rather stretching reality! A conclusion that could be drawn is that maybe other areas are being cut more frequently, although this seems rather unlikely. The payment and contracting process also seems unnecessarily complex.

The Reverend Godfrey Hilliard has now retired and moved to Southsea in Hampshire. He had served St Mary’s church for some 8 years. Ordained in 1975, Godfrey served as an assistant curate in Cardiff, and for 26 years as a chaplain in the Royal Navy before becoming chaplain of Bradfield College in Berkshire. We wish Godfrey and Helen a long and happy retirement.

Bob Willis the former local cricket legend (see article in Newsletter No.20 Spring 2020 which you must have all kept!) had some of his ashes scattered from Adelaide in Australia to Stoke d’Abernon Cricket Club – all places that had a special significance to him. The cricket club pavilion was renamed the Bob Willis Pavilion in his memory on 22nd August.

Surrey County Council have a consultation on a draft local transport plan including the important issues of global warming and carbon emissions. A rather sobering fact is that transport contributes to some 46% of Surrey’s carbon emissions. You can view the plan and make comments until 24th October this year. A link to the consultation follows: https://surreyltp4.commonplace.is/about

A second Chatterbus has recently been acquired — should it be electric nowadays? During October a new timetable is being planned with for most of the day a more regular service between the railway station and Cobham. More journeys will go to Sainsbury’s Superstore and the Cobham Health Centre. This will enable trips to Cobham to be made by bus without having to carefully plan return times or having just missed a bus, waiting for a couple of hours! Hopefully it should also lessen private car use for such journeys.

What else is happening 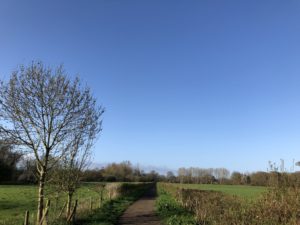 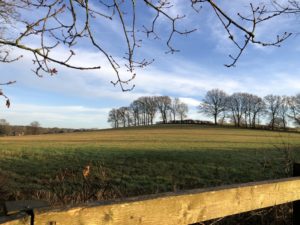 Minutes of the Half Yearly meeting 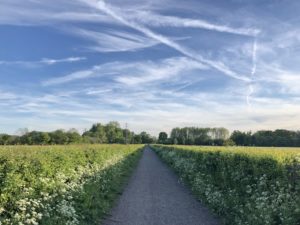 Keep up to date

Enter your name and email address below to receive updates about Stoke D'Abernon and the local area as they are published on this website. You can unsubscribe at any time.

Thanks for subscribing! Please check your email for further instructions.

Something went wrong. Please check your entries and try again.
Scroll To Top